How to Get a Broadway Voice

You’ve probably heard the classic joke that goes like this:

A tourist is wandering around West 58th Street and 7th Avenue in New York City, lost and confused. He spots a local NYC resident standing on the corner and he asks, “Hey, how do you get to Carnegie Hall?” Without missing a beat, the local says, “Practice.”

It takes years of disciplined training to develop a Broadway voice. Even if you weren’t born with tons of raw talent, with the right training and hard work, you can craft a Broadway sound.

What is a Broadway Voice?

There’s more than one genre of Broadway singing. Think of Julie Andrews’ voice in My Fair Lady and compare it to Idina Menzel in Wicked. Remember, The Who’s Tommy was on Broadway along with Rodgers and Hammerstein’s Cinderella. If you’re determined to work on Broadway, you need to become a well-rounded artist who can do numerous styles.

The Broadway voice is generally split into four categories: the traditional (think Julie Andrews, with round vowels and crisp diction), the Belt (think Ethel Merman or Carol Burnett blasting out with their “chest voice”), the contemporary musical (think Sutton Foster or Christian Borle, a mix of belting and pop with a dose of speech-based singing), and pop/rock (think of Adam Pascal or Heather Headley, with the kind of music you’d hear on the radio).

You might naturally gravitate towards one style more than the others, but ideally, you’ll be able to do all four with confidence.

How Do You Become a Broadway Singer?

Imagine auditioning for a revival of Camelot one day, then Avenue Q the next, then Chicago the day after that. Becoming a Broadway singer is extremely challenging because you have to be versatile, flexible, and have the vocal stamina to handle tons of auditions, rehearsals, and performances.

Once you get booked in a Broadway show, you’ll be performing eight shows per week! You need professional training to learn Broadway singing techniques, so you can sing powerfully night after night without developing vocal issues.

So, how do you become a Broadway singer? Our best advice:

The key is to put in the work now, today. Don’t wait. Think of the very best Broadway stars–the icons: Audra McDonald, Raul Esparza, Bernadette Peters, Patti LuPone, and so many others. They can sing anything you throw at them, because they’ve put in a life of work to get to where they are. Put in that work yourself. Start now.

Discover our 10 SUCCESS HABITS FOR MUSICAL THEATRE STUDENTS IN 2021!

What do you want to learn about?

Get Broadway Real Talk to Your Inbox 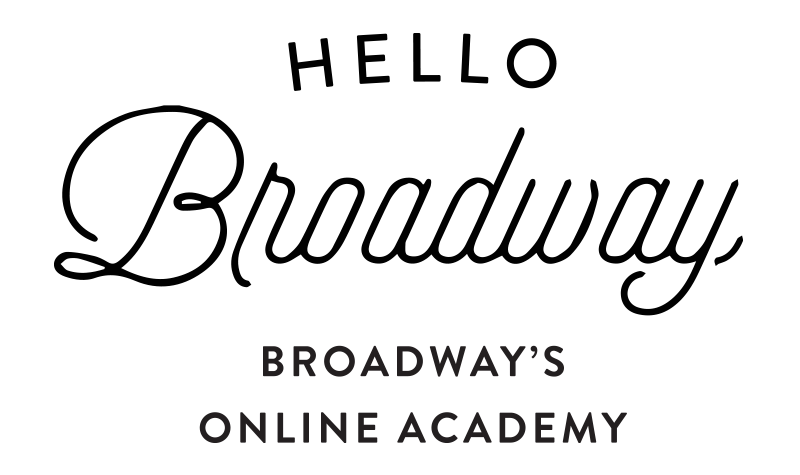 Hotel and airfare are not included in your tuition for Gathered 2022.

We suggest flying into LGA, JFK, or EWR airport. All 3 airports have Uber or Lyft that will bring you directly into the Theatre District. It will take you 45-90 minutes to travel in from the airport. If you prefer to bus in please come into Port Authority or train into Penn Station.

These hotels are in the area of the event, however, The Broadway Collective has no relationship, group block, or affiliation with any of the hotels listed. The Broadway Collective does not review, endorse, or recommend these hotels. We are merely providing information about what is located nearby. You should confirm that a hotel meets your needs before booking a stay.

Who can attend Gathered?

We accept students aged 12-18 into Gathered. There are only 60 spots. We recommend new students have an intermediate-to advanced-level skill set in voice, acting, and dance technique. Dancers will be pushed to sing. Singers will be pushed to dance. Everyone will do it all… because that’s how we roll on Broadway!

You don’t need to be the “perfect” dancer, vocalist, or actor. If you are ready to work hard, willing to push yourself to achieve more than you thought you were capable of, and want to fully immerse yourself in the lifestyle of a performing arts professional for a week – you belong at Gathered!

Do I need to audition for Gathered?

No! There are no auditions for Gathered.

We recommend that students have intermediate- to advanced skills in voice, acting, and dance technique.

If you’re not sure if you meet this criteria, email us at hello at bwaycollective dot com to discuss your situation.

You don’t need to be a “perfect” dancer, vocalist, or actor. We’re not looking for perfection. We’re looking for determination, passion, heart, spirit, and a willingness to put in the work and improve.

It’s okay if you’re a strong dancer but a shaky singer, or a fantastic actor who rarely dances, or vice versa. Come to Gathered. Let’s get to work on making you a well-rounded performer. That’s what we’re here for.

Upgrade to the VIP EXPERIENCE for an extra day at Gathered and exclusive perks!

What's included in the tuition?

In addition to the live week of all-day-long masterclass training and 4 weeks of online curriculum, student tuition includes a coursebook, 5 days of Swag (the official uniforms for Gathered), all sheet music, and a parent workbook. Students will end Gathered with 6 new mp3s + sheet music for their audition portfolio.

What if I don't have the money for Gathered?

If this is you, we have excellent resources for you to follow! Robert gives wonderful insight in the best ways to save, to be able to come to Gathered!

There are no scholarships for Gathered. We encourage our students to be active participants in financially making their dreams a reality by fundraising. The truth is that we find a way to make Disney, iPhones, and Nikes fit in our budget. We must do the same for arts education.

We’ve gathered ​10 Fundraising Ideas to help you save up and make your Broadway Collective training a financial possibility! Also: here is a free copy of Robert’s ebook 10 Ways to Carve Out Time & Money.

And yes, we’ve had several students reach their fundraising goals because they made the commitment to overcome their circumstances. Whether it’s babysitting, mowing lawns, getting a part-time job after school, or crowdsourcing your funding, there’s a way to make this happen. You’ve got this!

We don’t believe in the word “can’t”. We want you to become a more versatile performer.

The most successful Broadway artists are well-rounded and well-trained in all disciplines. We are here to help you develop a strong work ethic and a hunger to learn. Come with a positive attitude and willingness to embrace all elements of training!

What if I'm not good enough for Gathered?

Gathered first and foremost is a training program that is meant to build better human beings. If you what and grow and better yourself to become a more well rounded human being, you belong here! Let Robert tell you all about it here!

How do I get my parents on board?

We understand the worry of a parent. But here’s the truth.  A Broadway Career is fruitful and can offer so much to a stable life! If you go to this link, Robert gives some great insight into just how that is true!

What if I don't have time for Gathered?

Time is the most valuable thing we have on this earth. And I promise you, Gathered is worth that valuable time. If you click on the link below, Robert explains just why your time spent with Gathered is invaluable.

There are no refunds or cancellations. Once you make your deposit, this means you’re making a firm commitment to be at Gathered. See our ​​Terms + Conditions.

What do I need to wear and bring?

Even though you’re training with us online, that doesn’t mean it’s time to slack off, scroll on your phone, or smack your gum!

We expect you to show up with fierce commitment and treat each training session seriously.

We have a dress code of black dance clothes and your official Gathered t-shirt, which will be mailed to you after you register. For dance classes, please wear jazz shoes.

After you register, we’ll email you instructions on what to wear each day and exactly how to prepare.

I have another question that's not mentioned here.
Absolutely! Send your questions to hello at bwaycollective dot com – or ask us a direct question here and get a personal answer!

Gathered 2022 will be a fully vaccinated and masked event. Students and parents will be required to show proof of vaccination to confirm enrollment and enter the studio.

Our company is based in NYC and is following our union guidelines that govern the reopening of Broadway theaters.

We respect every family’s choice to decide what is best for them. However, The Broadway Collective is reentering in-person training vaccinated and masked.

We are not doctors. We are not lawyers. And we are not scientists. We are a New York-based collective of artists who have had to make a decision to protect our team and families who train with us.

With the deepest care and respect, no exceptions will be made.